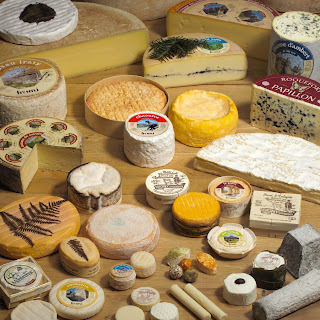 Last night was officially massive, we fed the best part of 2000 yesterday, and it all ended up with the cheese board getting massacred. Have to admit it that I assisted in this act of violence right at the end, but it was only to rescue a hunk of the Montgomery Cheddar for my late night cheese on toast. This, and a fresh bottle of bubbles at around 3am was the way I wanted to begin my new year without hesitation. Happy New Year one and all.

For the base
1 loaf of sourdough bread

Melt the butter and stir in the flour to make a roux. Heat the beer until hot but not boiling and gradually add to the roux, stirring constantly over a low heat, but taking care not to overwork. Melt the grated cheese in a bowl over a pan of boiling water and pour into the mixture; stir once to amalgamate, and then remove from the heat. Add the Worcestershire sauce, both mustards, the egg yolk, salt and pepper, then blitz in a food processor until emulsified (it will look matt and pale). Again, do not overwork. Check the seasoning. Allow to cool before refrigerating — it will easily keep for a week in the fridge.

If you have a char grill, preheat it now; or turn the oven to 225c/gas mark 7. Cut the loaf into 1in slices, allowing 1 or 2 slices per person. Brush both sides of the bread with melted butter and char grill or put in the oven for 5 minutes to toast. Melt 40g-50g of the cheese mix per slice, pour over the bread and cook at the same temperature for 4-5 minutes until golden brown. Sprinkle a few grains of salt crystals on top and serve, with some extra Worcestershire sauce and a few cornichons on the side. Bliss.

Posted by Unknown at 7:00 AM 3 comments: Links to this post