hiking in the shadows of awesomeness 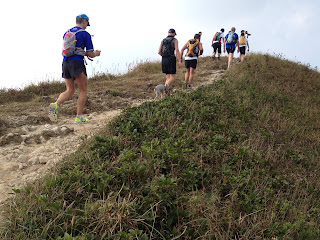 If you know Hong Kong, you'll highly likely to know of the MacLehose Trail in the New Terretories. If you know the MacLehose, you're for sure going to know that stages 4 and 5 on a hot day can break you like a cheap toothpick if you're not ready and prepared.

Starting at Kei Ling Ha to Tai Lo Shan and ending up on Tai Po Road after give or take 23k of some tough climbs and unforgiving descents, days out like these are what makes living in the metropolis that HK is something to utterly respect and appreciate.

In the same way, whether you know of a fairly straightforward looking Cha Chaan Teng at the top of Nathan Road that's pretty famous for their egg tarts, but also do killer fried noodles and Ho Fun after a six and a half hour trek through the toughest hills is there for you to discover if not. Well done you if you know where I'm talking about, quite brilliant isn't it? 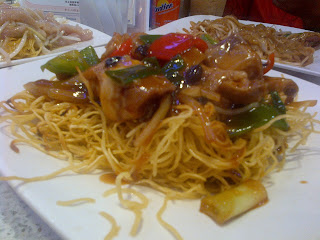 No pain, no gain is what they say, but I guess I'm one of the lucky ones where the hike is what it's all about on the weekend. A fast and hostile plate of noodles with an iced lemon tea served with all the grace and style you need not to distract from what is actually a really very good offering. The challenge, the escape, the wonderment of how you can be at the foot of an incredible little mountain already stretched up and ready to attack just 45 minutes after getting on the train at the bottom of another impressive climb, The Bank of China building in Central.

The opposite end of the day, we jumped in a taxi at the end of Stage 5 on the Tai Po Road with a couple of grazing monkeys giving us the look of 'you're doing all this climbing stuff wrong getting all sweaty and the like' and literally 10 minutes later back in the hustle of Kowloon and settling into that noodle reward. 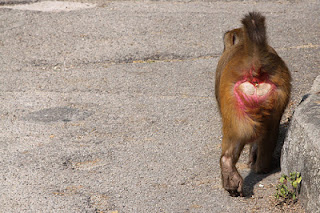 Simply because a great bowl of noodles can be had here for a small fistful of dollars, what's the point of cooking at home I hear myself ask. Let's just say that there's always a time and a place.

Cook and loosen the dried noodles in a pot of boiling water until just cooked and when done, immediately drain noodles in a colander and run them under cold water. Drain and dry off any excess water
Wash the bean sprouts and mix together the ingredients for the sauce, set aside.
Heat half tablespoon of oil in wok over a medium heat, toss in the bean sprouts. Quickly turn and stir, and add the noodles and the chives. Season with the salt  and then remove to a small bowl. 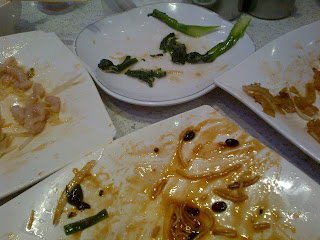 Add one more tablespoon of oil to the wok and turn the heat up high, toss in noodles. Stir them constantly to minimize their lumping together or sticking. Swirl in sauce, and stir well with noodles. Then, return bean sprouts and chives, turn over a few more times and remove. Serve up, sprinkle sesame seeds on top and any other chilli sauce you might want to add for an extra oomph.