pizza and biryani, what a combo

If ever there was a combination sure to surprise and delight, pizza followed by a killer biryani actually works, trust me as I wasn't one bit convinced to begin with either. The pizza needs a decent hit of chilli fire, obviously, and an open mind, definitely. This recipe here is only just a starting point, and there really is no pizza recipe out there that is the definitive article. Toppings are totally at everyone's discretion. This blog post is actually now so messed up that the photo neither reflects a biryani or a puff pastry based mushroom and taleggio pizza. What the photo actually is an incredibly delicious pizza had in Weymouth while watching the Olympic sailing in the Summer of 2012, that was a great combination.

Puff pastry provides an instant base to the pizza, and the crust stays crisp slightly longer than regular pizza dough. A nice salad of wild rocket leaves with Parmesan shavings would be great with it. 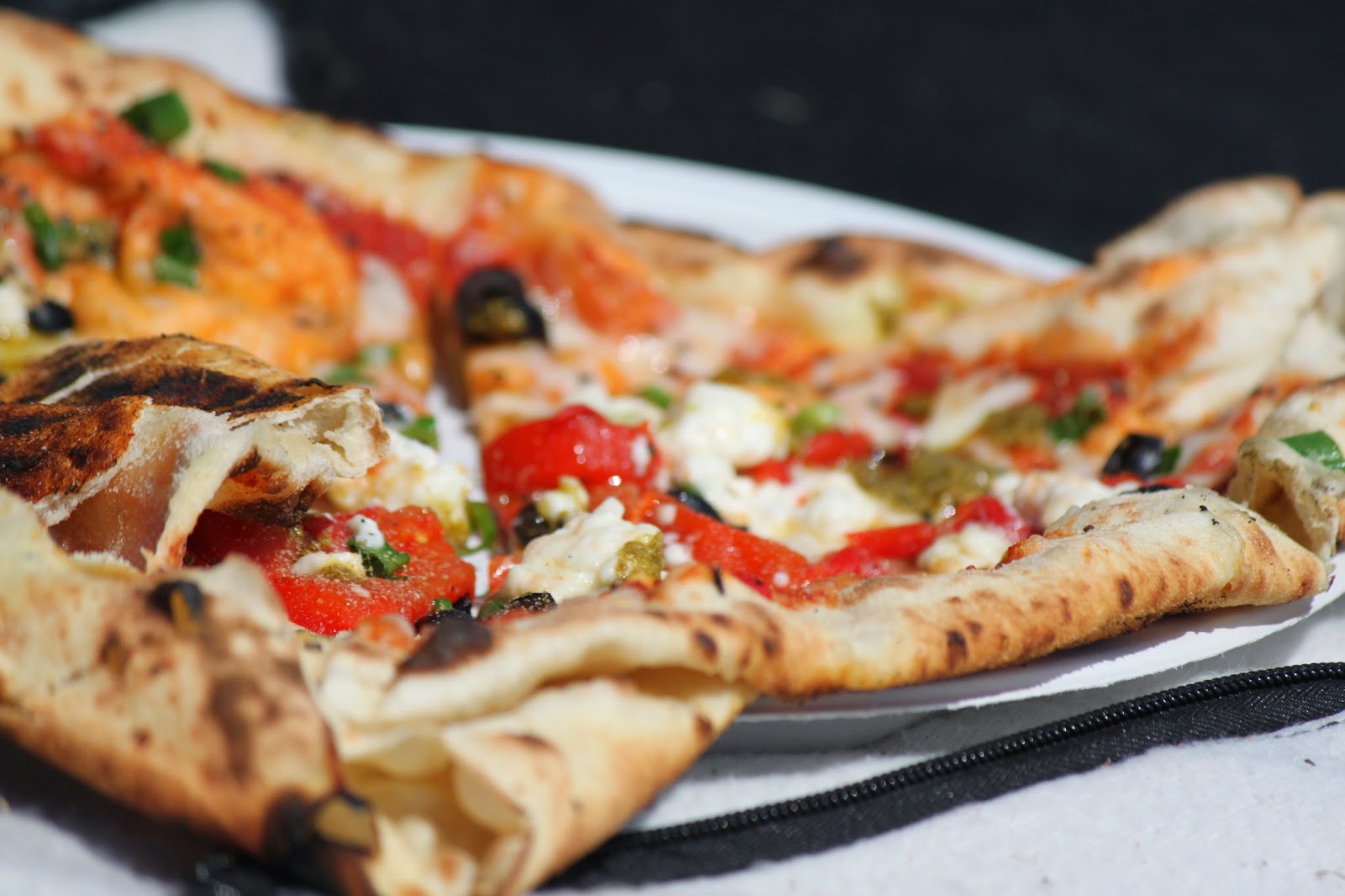 Preheat the oven to 200C/Gas 6. Heat a pan with the butter and olive oil. Add the sliced mushrooms and sauté for a few minutes until golden brown. (You may need to do this in two batches if your pan is not wide enough.) Season well with salt and pepper. Add the crushed garlic and cook for a few more minutes. Transfer to a plate and allow to cool.

Roll out the pastry on to a lightly floured board to a large rectangle about 3mm thick. Slide this on to a baking tray. Using a long knife, lightly score a 1cm border around the edge of the rectangle, taking care not to cut through the pastry. Brush all over the pastry with the beaten egg. Layer the sautéed mushrooms around the inner rectangle of the pastry. Sprinkle the parmesan and taleggio over the mushrooms. Bake for 15-20 minutes until the pastry has puffed and browned.

Scatter the chopped oregano leaves over the pizza and drizzle with a little olive oil before slicing into four and demolishing until the biryani is ready to tackle.