Just to set a little record straight. Burrata is not mozzarella. So there. Burrata isn't even buffalo mozzarella, even though it is made from the milk of that particular beast. 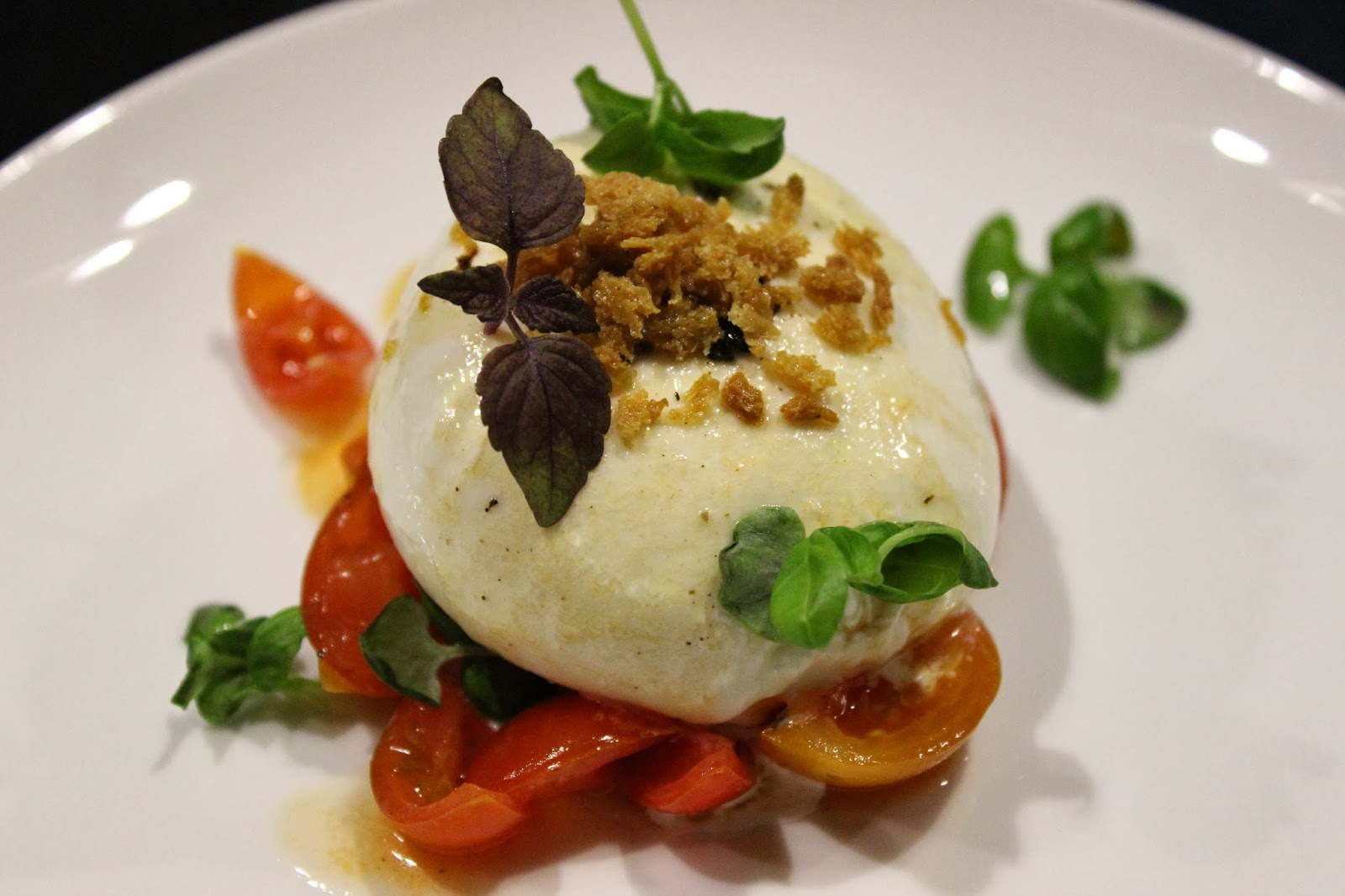 As I understand, burrata is formed of the same stringy cheese that makes up the solid ball of a mozzarella, but rather than a ball, these strings are formed into a ball but rather a hollow pouch and filled with fresh cream and the softer trimmings from the mozzarella making process.

The thin casing of the burrata is literally just there to hold the delicious contents within. If it's at all chewy or thick, your burrata is getting on a bit. At the end of the day, it has nothing really to do with the packaging, it's all about the filling.
Eat burrata as nature intended, plain of course, and on crisp bread, but also try it in salads and pastas, top off a pizza right before eating and drop into a soup, and as dessert.